Born in New Milton, Hampshire, on 20 June 1875. He started his apprenticeship with Hills in 1892 at the age of sixteen as an instrument repairer – then transferred to the bow making workshop in Hanwell. 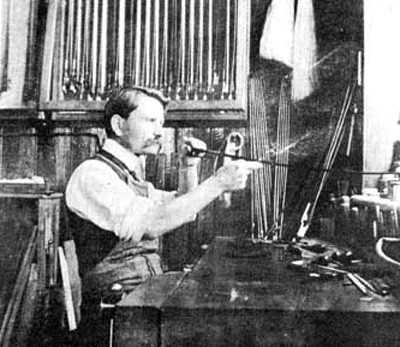 He became workshop manager after 15 years and held that position for another 30 years, eventually retiring in 1957.

A perfectionist and the… “greatest bow craftsman of his time”.

His bows for Hill are stamped with one single dot.