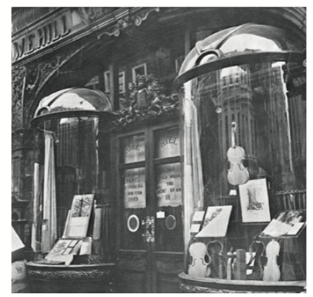 The Bowmakers and their Marks.

Many fine craftsmen worked for the firm. They were particularly famous for their bow makers. For much of the 20th century, the Hill workshop employed England’s best bow makers, who created bows renowned for character and consistency.  W. E. Hill and Sons ceased operation in 1992.

Some of these bow makers can be identified by the “makers mark” which they applied to the silver face of the bow, adjacent to the short side of the head mortice. These marks are hidden by the bow hair in normal circumstances but can be seen if the frog is released so this part of the silver tip face can be made visible under the hair.

Here is a list of these makers and their marks.

The BowMakers Section is based on the entries in The British Violin by the BVMA which has been extended.

Thanks to Gerard KilBride & Tim Toft.